The U.S. Energy Information Administration released a report earlier this year explaining its Short-Term Energy Outlook forecast. In short, the EIA is predicting the U.S. to increasingly shift its electricity generation away from fossil fuels thanks to the significant increase in renewable energy plants. But the detailed explanation is much more complicated.

Compared to the end of 2011, the U.S. had 20 times more solar power generating capacity at the end of 2021. Plus, its wind power capacity is double what it was 10 years ago. Because of these rapid increases, the EIA expects most of the growth in U.S. electricity generation in 2022 and 2023 to come from renewable sources. 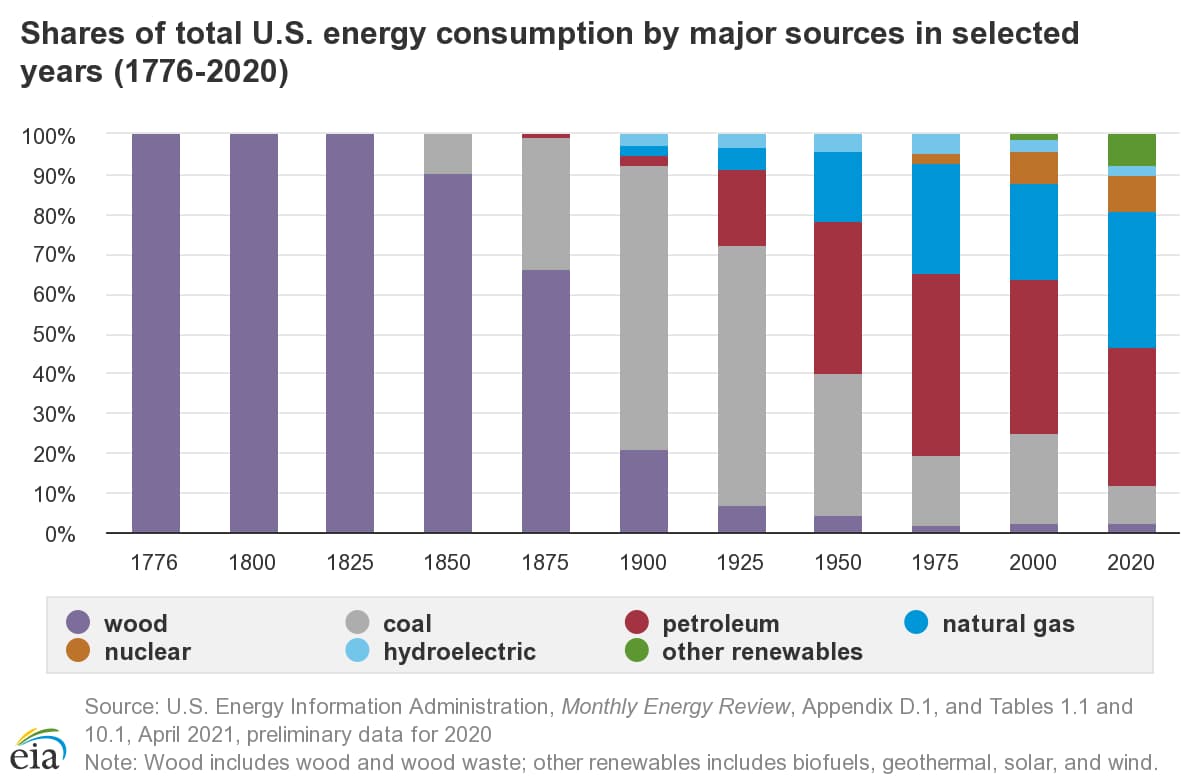 This is important because the U.S. has been steadily declining in its use of natural gas and coal-fired power plants since their peak output in 2007, and when the natural gas prices nearly doubled in 2021, the generation from natural gas decreased from 39% in 2020 to 37% last year. The EIA predicts that these new renewable energy plants will help the U.S keep up with its trend of declining natural gas generation.

By diversifying energy sources, the U.S. can reduce its carbon footprint while also reducing its dependence on imported fuels. Texas, Washington, California and Oregon are the top producers of renewable energy, and while Texas produces most of its renewable energy from wind turbines, Washington and Oregon utilize hydroelectric power and California generates solar power. While the switch to renewable energy might feel like a slow burn, experts say fossil fuels are likely to supply 60% of our energy in 2040 compared to the 85% they supply today. And there are already plenty of green energy plans available so you can get a head start on reducing your carbon footprint.

To find a plan tailored to your needs, head over to WattBuy.com and search for affordable plans in your area.

Currently, we're in the middle of one of the biggest calls for switching to renewables since the 1970s energy crisis. But what is renewable energy and how can we expand the way it helps us? While solar and wind are the most well-known renewable energy sources, there are actually five major renewable energies. Biomass, hydropower, and geothermal energy are also important sources. Until the mid-1800s, wood - a biomass energy source - was the